During the initial implementation of the RANS turbulence models, we began with Zero-Eq models and K-Epsilon models with wall functions. Both of these models use geometrical assumptions, specifically about the distance to the wall. For attached flows in channels this is rather simple, we can use assumptions like the global "wallNormalAxis" or "flowNormalAxis".

More recently we have been investigating flow over non-flat interfaces. To do this, we have been using the K-Omega model, which does not rely on the geometrical assumptions listed above, and only used the wallDistance of the wall adjacent cells in the calculation of a dirichlet boundary for the omega variable.

The wallDistance value, saved for every cell center, has until now been calculated along the wallNormalAxis. For flat interfaces, this is irrelevant, but for shaped interfaces, this can produce fairly odd looking patterns, as the wall normal axis will vary often for slopes shapes (see stair-shaped boundary).

Until now, all of the tests in the RANS suite have tested flat surface channel flows, meaning that changes to the wall distance calculation will not alter the tests. All tests still build and pass. 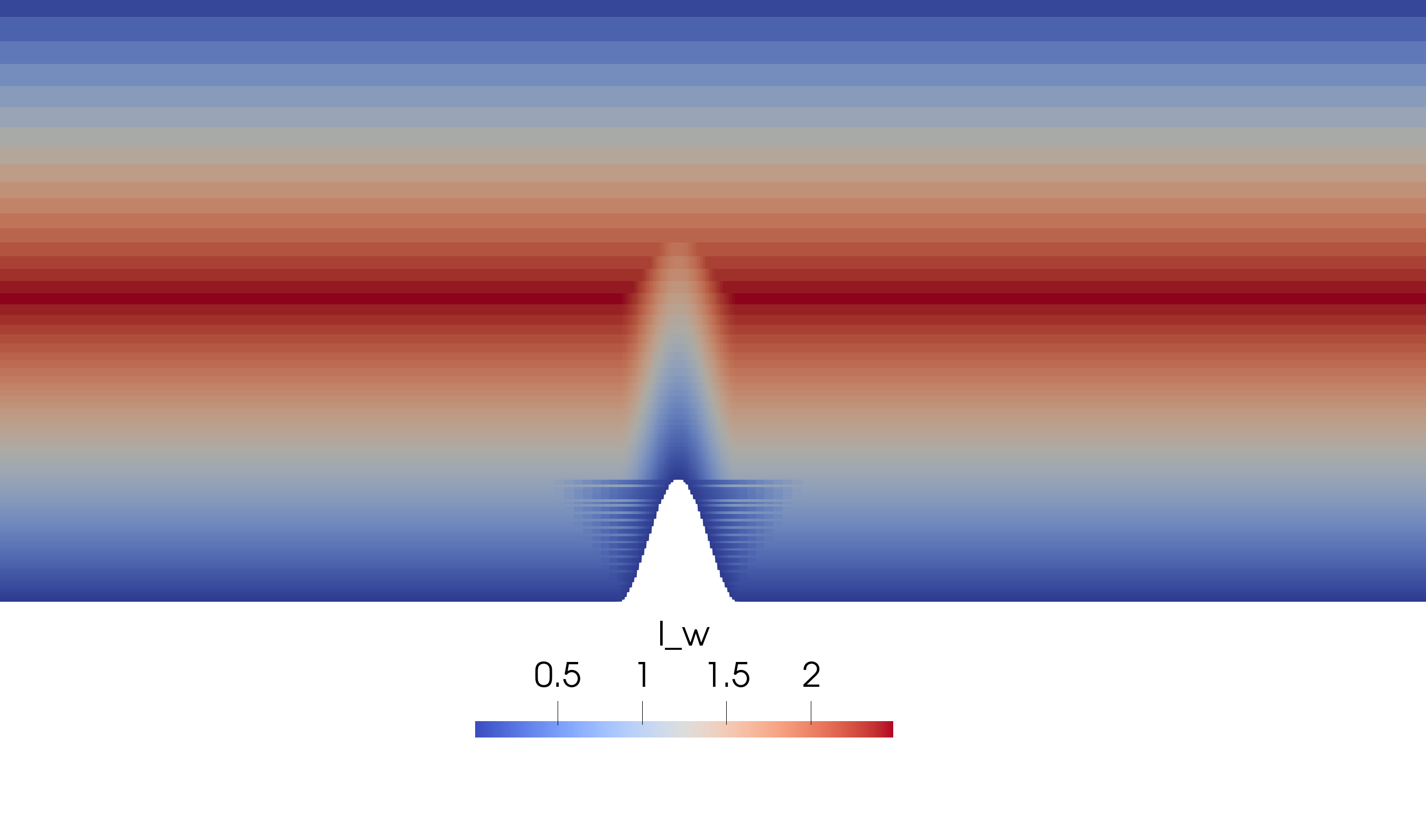 Result with this Branch: 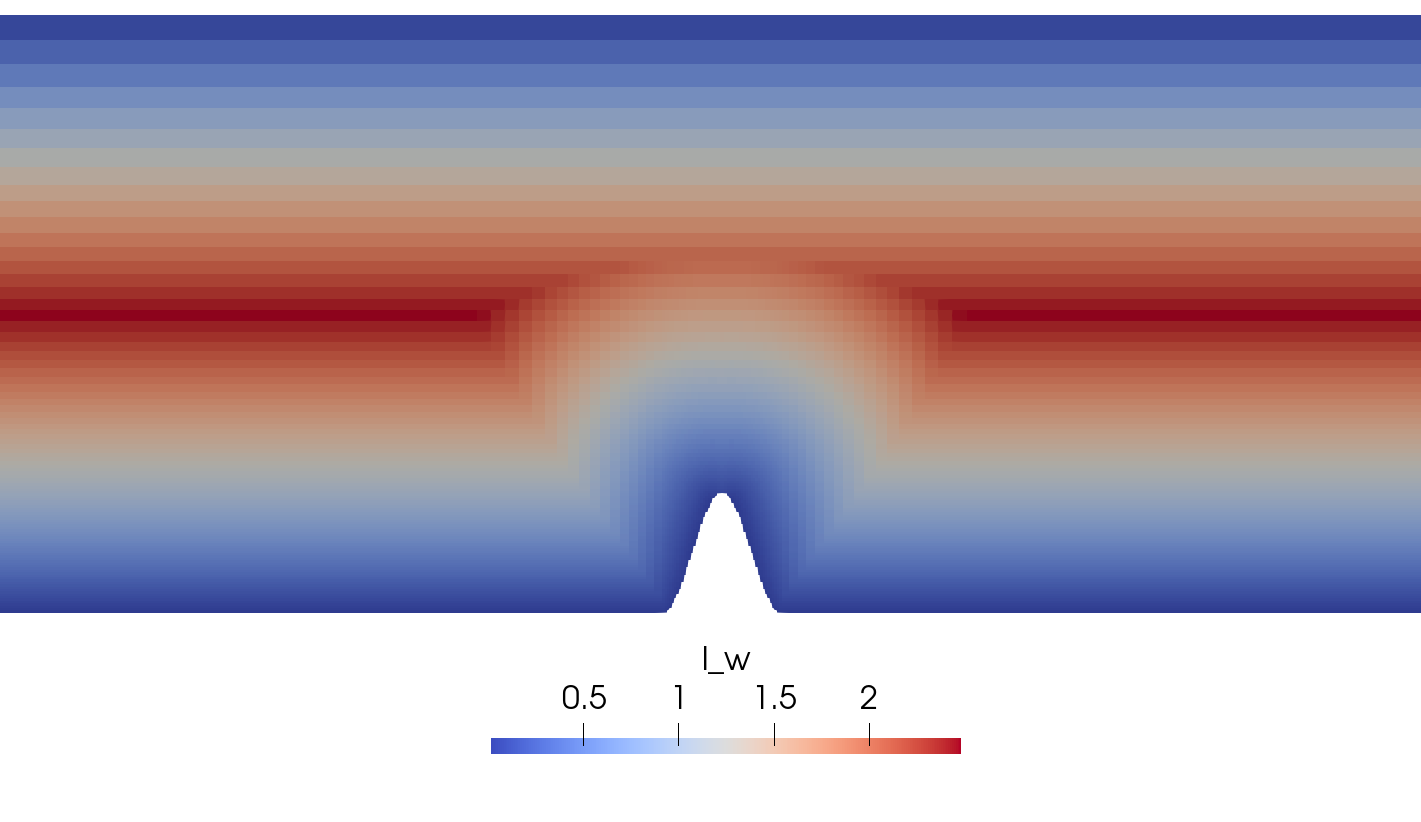 @melaniel I know Ivan made some changes to this in his project. Would these changes be an issue for you both, or are you investigating primarily flat channels?